With the Samsung Galaxy S21, it’s time for Bixby to put up or shut up – The Verge 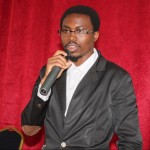 Today, Samsung will unveil the Galaxy S21, Galaxy S21 Plus, and Galaxy S21 Ultra (I’ll take the Zune-inspired brown one thanks). It’s happening a couple months earlier than usual for the S line of phones, but otherwise the script will remain the same.

Here’s the script. Samsung will be the first major Android maker out of the gate with Qualcomm’s newest chips, this time with the Snapdragon 888. Samsung will use its unseemingly immense marketing budget and longstanding carrier relationships to ensure it will be seen as the default option if you want a premium Android phone — especially if you are making that purchase in a US carrier store.

Other parts of the script are not necessarily guaranteed but are safe bets. They will probably be excellent phones, well-balanced and capable. Samsung will make big camera claims that will require rigorous testing to verify. And of course the ever-swinging pendulum of Samsung’s OneUI software will continue its current arc towards being overloaded.

That last part of the script has me thinking about one of the major recurring characters in it: Bixby. Samsung’s digital assistant launched in 2017 with the Galaxy S8. It was yet another digital assistant, but as Dan Seifert wrote at the time it had a very clear and very good remit that helped to distinguish it from Alexa, Siri, and Google. Samsung wasn’t trying to turn Bixby into a general-purpose, know-and-do-everything assistant. It had focus:

Samsung knows it can’t compete with Google, Microsoft, Amazon, and others when it comes to raw machine learning power and putting vast amounts of information at your fingertips, so it’s using Bixby to solve a simpler task, one that those companies have largely ignored. Bixby isn’t going to try to be the everything-assistant. Instead, it will be that “bright sidekick” that complements those other services. It’s a new user interface, not a new way to ask how tall the Eiffel Tower is.

Bixby was to be an interface, not an assistant. Was that really a viable strategy? Who knows! Certainly not Samsung, which very quickly did what Samsung tends to do with software: give in to feature creep. Over the last few years, Bixby has turned into the thing it originally was designed not to be: a worse version of the Google Assistant.

Samsung tried to push Bixby. It created a dedicated button for it. It later dropped that button but assigned it to a long press of the power button. It built out Bixby routines (which was related to Bixby’s original purpose). But then it associated Bixby with a chum-feed of content that lived left-of-homescreen. And it announced independent smart Bixby speakers that never really shipped.

On The Vergecast we have a running joke that Bixby is a dog that wears shoes and is also a butler. It’s well-meaning and eager to please, but ultimately stumbles around a lot and doesn’t do a very good job serving drinks or answering the door because it is a dog, wearing shoes.

Speaking of shoes, put yourself in Samsung’s. Why does it continue to develop Bixby? I can only think of two reasons, one good and one bad.

The good reason: a hedge against Google and Android. It’s always possible Google might do something egregious and Samsung would want to bail and do without Google’s services (or even Android itself). It’s not a terrible idea to have your own digital assistant percolating just in case. If nothing else, it might serve as a signal to Google that Samsung is, in fact, willing to just walk away and do Tizen and Bixby in certain negotiations.

That’s the good reason — or at least as close to a good reason as I can come up with — but I don’t know if it’s the real reason. I suspect the real reason is one and the same as the bad reason: Samsung is still, after all these years and after all its successes, trying to be Apple.

Being Apple is shorthand for having an end-to-end ecosystem where your users live and breathe your services and are thereby locked into your products. If you’re going to have an holistic, all-encompassing ecosystem you need to cover all the bases, and so: Bixby.

All of these are things that Samsung has either tried or is actively trying to do now. Some of them are really successful! Samsung’s Galaxy Buds line will today consist of three different variants of earbuds, each with its own clear reason for being and each quite good (presuming the new Galaxy Buds Pro don’t whiff).

Samsung has always had aspirations to build up a whole world (or, er, Galaxy) for its users to live in, just like Apple. What’s frustrating is that Samsung is very good at so many things and if it would just lean a little more into those things, it could chart a more innovative and interesting path.

Take Samsung DeX, for just one example. It’s the thing that allows you to connect your phone to a bigger screen like a TV or a monitor and get a full desktop interface. It’s genuinely cool but, I suspect, more of a tech demo than an oft-used feature. But the Snapdragon 888 that will be in these S21 phones will in many ways be just as powerful as the chips that are going to be running Arm-based Windows laptops this year.

There’s untapped potential with DeX that Apple couldn’t match for years if Samsung could figure it out. Instead, it’s putting effort into getting Tile-esque tracking tags out the door before Apple can.

If Samsung would focus a little more on where it’s already ahead and a little less on where it’s woefully behind, it would make much more exciting products.

That’s why I’m calling it: I’ve had it with Bixby. If Samsung can’t either bring it up to snuff with Siri (a low bar!) or find a way to bring it back to its more focused roots, it’s time to send it to the farm. Or at least give users the option to remap the power button to the Google Assistant (without needing third-party hacks).

There is a tiny glimmer of hope. Jimmy is Promo’s leak of the new version of Samsung’s OneUI version of Android shows that users will be able to choose between the Google feed or Samsung Free feed on their home screens.

Samsung’s user interface on top of Android has swung like a pendulum between two poles. It becomes overloaded with features and weird UI for a few years, then the pendulum hovers there at the end of its arc before swinging back to a cleaner, simpler UI. It’s time for the pendulum to swing back. And that means it’s time to let Bixby go.

The last of CES

Are all of these technically CES announcements or are some of them merely CES-adjacent? When CES is all virtual is it an event where things happen or merely a mood, a state of mind? Am I using jokes about philosophical quandaries as a smoke screen to cover up my inability to determine whether or not these things technically are a part of CES or not?

Sometimes questions don’t have answers. All we can really know in this world is that laser projectors are still really cool.

┏ Asus’ latte dispenses movies instead of coffee and milk. I have an Anker/Nebula version of one of these mini projector/speaker things and it’s one of the best things I throw in my suitcase when I travel (er, when I traveled). You really do need a dark room for it to be any good, but you’d be surprised how much more convenient it is to just plug an HDMI cable into the projector you’ve got than it is dealing with whatever TV might be at the hotel or Airbnb. I might be interested in switching to this, as the Nebula’s version of Android TV is old, buggy, and poorly supported.

┏ But wait, Asus has even more gaming monitors equipped with HDMI 2.1 ports.

If you’re new to the ZenBook Duo line, the laptops have a primary screen (the regular one) as well as a secondary screen (the ScreenPad Plus) that’s built into the top half of the keyboard deck. It’s not really big enough to do anything on, but you can load your distractions (Twitter, Discord, etc.) onto it to keep them out of your main workspace. Some programs, including Adobe’s, also offer ScreenPad-specific interfaces.

MSI has introduced its early 2021 lineup of portable gaming laptops during CES on Wednesday. The big news is that all the new releases have been outfitted with Nvidia’s brand-new GeForce RTX 3000 series graphics cards. In addition to improved frame rates and ray tracing, these chips will deliver Nvidia’s latest features, including its resizable BAR technology. They’re also getting support for Wi-Fi 6E.

The Creator 15 is just the latest of the dump of gaming- and creator-focused laptops to adopt Nvidia’s new RTX 3000 graphics, following their release at CES 2021. These laptops will use the third generation of Nvidia’s Max-Q design, which is engineered for thin gaming and content laptops. The new GPUs also include a new Dynamic Boost 2.0 technology that leverages AI to balance power between CPU, GPU, and GPU memory in real time.

┏ MSI’s new GE76 Raider Dragon Edition Tiamat is a tribute to an ancient goddess. 10-year-old me playing 1st Edition Dungeons & Dragons would have lost it if he knew someday there’d be a Tiamat-themed gaming laptop.

More from The Verge

┏ Chill imbibes: inside the booming business of relaxation drinks. Great feature from Liz Lopatto. I’ve been seeing ads for these drinks everywhere and wondering what the deal really was. Here’s the answer.

┏ Intel is replacing its CEO next month.

┏ Google says a fix for Android coronavirus tracking delays is on the way.

Smart motorways ‘inherently dangerous and should be abandoned,’ police chief says – The Independent

Smart motorways ‘inherently dangerous and should be abandoned,’ police chief says – The Independent