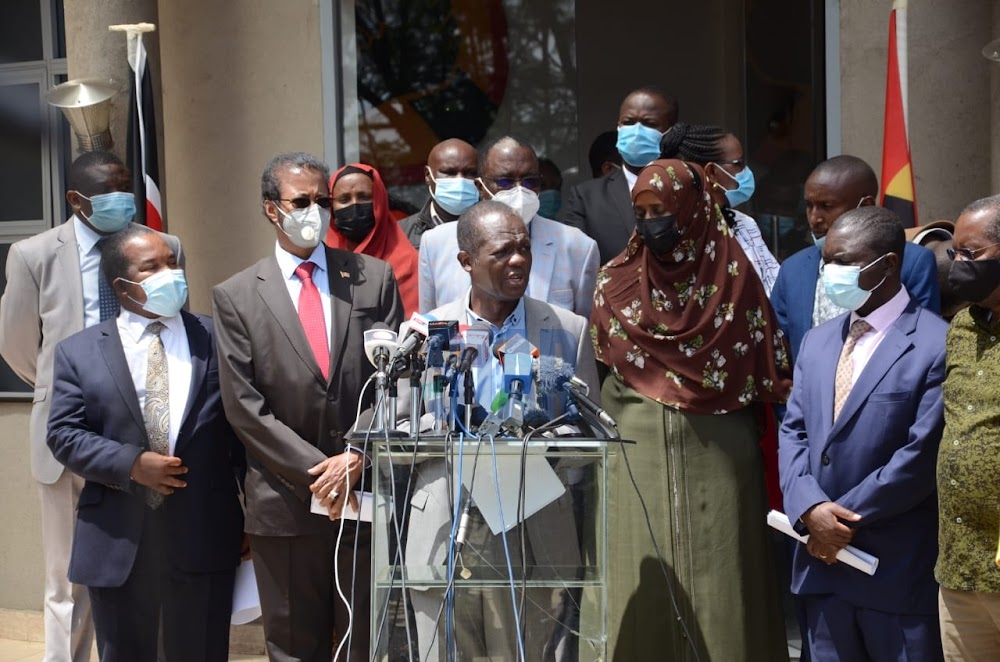 The Jubilee Party has announced that it won’t be fielding candidates in the upcoming by-elections in Matungu and Kabuchai parliamentary seats and Machakos senatorial seat.

Secretary-General Raphael Tuju, however, said that the party will field a candidate for Nairobi Governor if the courts give the IEBC green light to hold the polls.

Tuju said the party made the decision, not to field the candidates, is in line with its position to unify the country in line through the Building Bridges Initiative.

Tuju said the vacant seats were previously held by Ford Kenya and ANC, parties which are friendly to the ruling party.

“We are enjoying a good engagement with Wiper, ANC and Ford Kenya. The decision is in line with Jubilee bigger picture of unifying the country,” he said.

Meanwhile, the party has unveiled candidates for three ward by-elections.

They are Virginia Wamaitha for Hells Gate ward in Nakuru, Francis Njoroge for London ward and Lucy Ngendo for Huruma ward in Uasin Gishu.

Tuju addressed a press conference at Jubilee headquarters on Wednesday in Pangani.