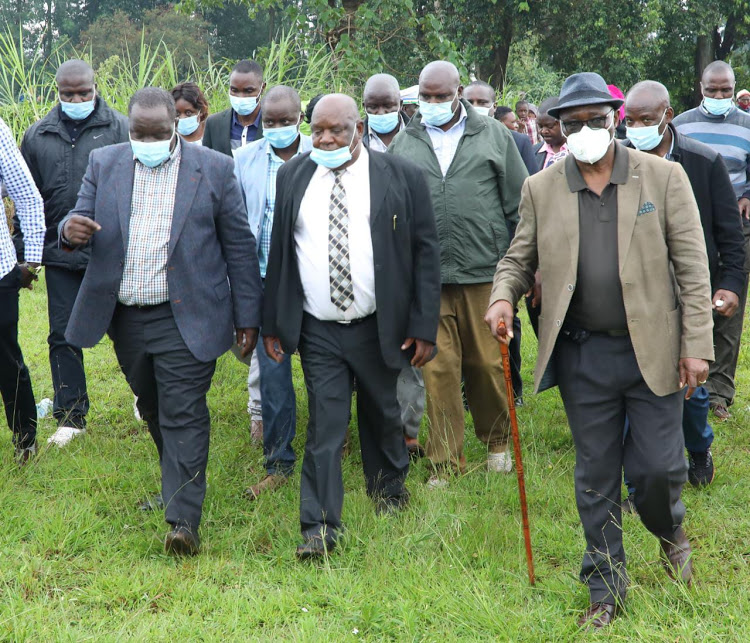 The installation of Interior CS Fred Matiang’i as the Abagusii community spokesperson has triggered speculation he could plunge into politics ahead of the 2022 General Election.

The position would elevate Matiang’i to be the community’s political torchbearer, 13 years after the Abagusii kingpin, Simon Nyachae, retired from active politics.

This even as it emerged that an elaborate ceremony is being planned by elders in two months time to coronate the CS as an elder, making him the community’s de facto kingpin.

This is likely to plunge Matiang’i into the larger President Uhuru Kenyatta succession matrix ahead of next year’s polls.

Some analysts have said Matiang’i could be a formidable successor to President Kenyatta. He has the President’s ears and serves as the chairman of the influential National Development Implementation and Communication Cabinet Committee.

The Cabinet sub-committee is in charge of the implementation and monitoring of all development projects by the national government.

The decision by the elders to anoint Matiang’i as the community’s spokesman has already jolted a section of Abagusii leaders who have dismissed the coronation.

Matiangi’s critics have faulted his crowning on Sunday, saying it was done without properly consulting all elected leaders from the two counties of Nyamira and Kisii.

However, the Abagusii Elders Council chairman Araka Matundura told the Star the process of finally installing Matiang’i both as an elder and spokesman is not yet complete.

“This [Sunday’s event] was just a consultative session where we engaged the CS and informed him of our intention to install him as elder. We plan to initiate him as one of our elders in two months’ time,” Matundura said.

Matundura dismissed claims that the coronation was a political inauguration, saying it was a symbol of authority to enable the CS to represent the community’s interests at the national level.

“We have politicians but we want an elder who speaks on behalf of the community,” Matundura said, justifying the significance of Matiang’i’s coronation as an elder.

The Sunday meeting was attended by governors James Ongwae(Kisii) and Amos Nyaribo of Nyamira, as well as senators Sam Ongeri (Kisii) and Okong’o Omogeni (Nyamira.)

“When we shall have the major initiation ceremony then we shall invite all elected leaders from the region including MPs and MCAs and even professionals,” Matundura said.

In July 2019, the elders elder laid their hands on the CS, a symbolic community blessing of leaders going for higher positions in what triggered speculations Matiang’i was planning a presidential run.

But Dagorreti MP Simba Arati, who was installed as the community’s spokesman three years ago, insisted he holds the voice of the Abagusii despite the CS’s installation.

“Truth be told, I was crowned in February 2018 as the Kisii community spokesman by elders from Nyamira and Kisii counties. I took up the mantle long time ago,” Arati told the Star.

The Nairobi-based politician welcomed the planned ceremony to instal Matiang’i as the community’s elder but dismissed what he termed as a shortcut to crowning him to be spokesman.

“The crown can’t be given to two people. Matiang’i can only become my deputy and the second in command. He should know that there is the first in command,” Arati said.

The vocal MP said his installation had breathed some generational change into the community’s political leadership, saying he plans a major announcement in Gusii Stadium after Covid-19.

“If Matiang’i wants to run for President, as the Abagusii spokesman, I will push for his agenda. The community knows who is the spokesman and it is none other than myself,” Arati said.

Ongeri said there is need to embrace unity and peace among leaders from the larger Gusii community to push for the region’s interests at the national table.

“The Cabinet Secretary has done his part in uniting the country. The community has to give him support in his undertakings.”