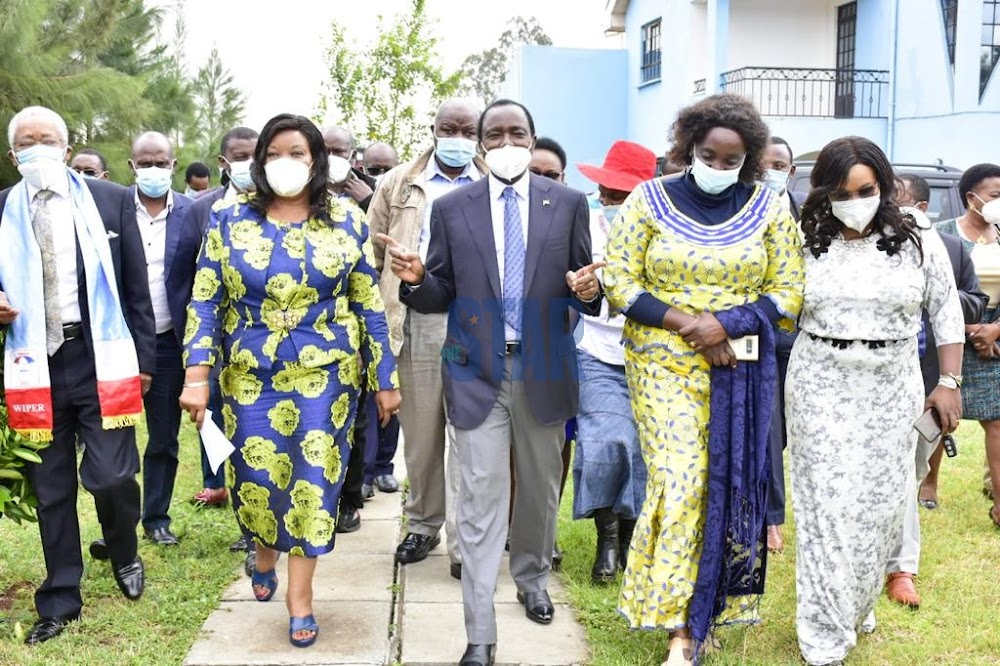 Wiper boss Kalonzo Musyoka on Wednesday said he is not out to wreck families as he unveiled former Machakos Senator Johnston Muthama’s ex-wife as the party’s candidate in the March 18 Senate by-election.

Wiper on Wednesday unveiled Agnes Kavindu Muthama to battle it out for the Machakos senatorial seat which fell vacant following the sudden death of Boniface Kabaka.

“For the avoidance of doubt, this movement does not believe in wrecking families, we must make this very clear. We are not taking that name because of that any other name. What has guided the party is her own qualification as a leader who demonstrated high leadership capability,” Kalonzo said at Wiper headquarters in Karen.

“She just happened to share the name with other people.”

Muthama fellout with Kalonzo last year and joined Deputy President William Ruto’s camp and he is now the chairman of UDA, a political outfit believed will be DP’s vehicle to rund for President in 2022.

Kavindu is not new to politics.

In 2017, she unsuccessfully contested for Machakos Woman Representative on a Jubilee ticket.

Meanwhile, Wiper party also issued a nomination certificate to Sebastian Muli who will be the party’s candidate in Kitise Ward, Makueni.