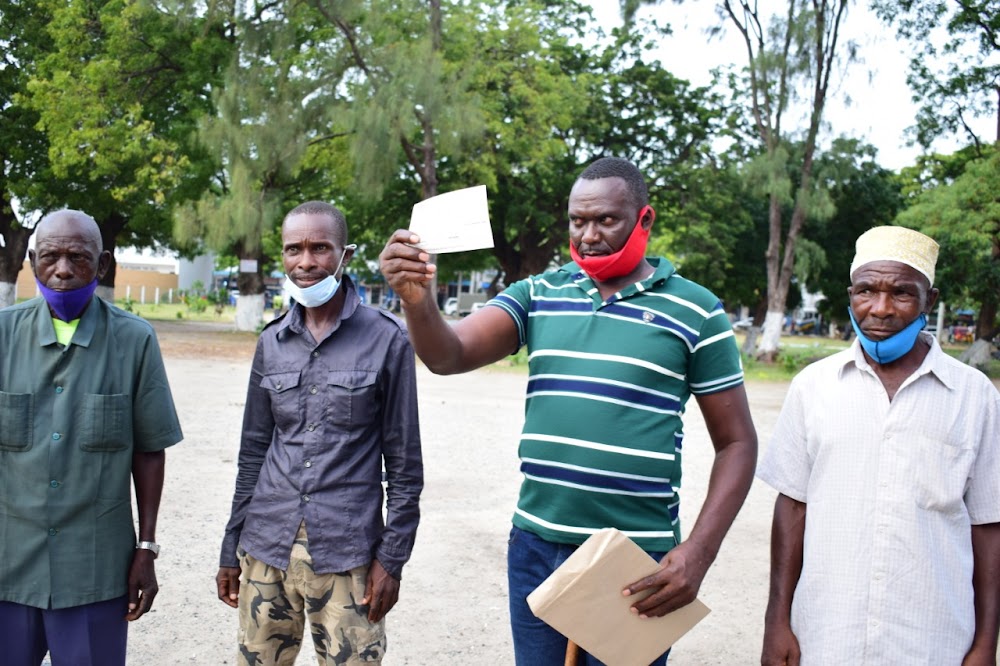 However, on Tuesday evening, the Mwabeja clan, Mlare wa kwa Paka, Mwayawa and Mwanyota clans received their remaining balance from Ibrahim Direye Sahtur, who is associated with the two firms.

Speaking to the press in Mombasa, after receiving their cheques, the families said they now support the project fully.

“We do not have anything pending with the company, the land now belongs to them and we support their project,” said Samson Lewa of the Mwabeja clan.

Lewa said they had in 2017 sold 41 acres at Sh12.3 million to Direye through Uhutta Properties and New Connections Suppliers.

Joseph Mwahui confirmed that after their December demonstration over the pending balance, they have now been fully paid their monies owed.

“We were sceptical that we might be short-changed, but we are happy that they (buyers) have honoured their pledge and settled the balance,” said Mwahui.

On his part, Direye said his firm has cleared the balances for the clans to resolve the outstanding issues over the land and allow development to continue.

“We have sorted out the issues involving this land where the Devki Steel Mills are being constructed,” he said.